Flashpoint is a 2011 comic bookcrossoverstory arc published by DC Comics. Consisting of an eponymous core limited series and a number of tie-in titles, the storyline premiered in May 2011. The core miniseries was written by Geoff Johns and pencilled by Andy Kubert. In its end, the series radically changes the status quo for the DC Universe, leading into the publisher's 2011 relaunch, The New 52.

Flashpoint details an altered DC Universe in which only Barry Allen seems to be aware of significant differences between the regular timeline and the altered one, including Cyborg's place as the world's quintessential hero, much like Superman is in the main timeline, with Superman himself being held captive as a lab-rat by the United States government within an underground facility in Metropolis. In addition, Thomas Wayne is Batman, and a war between Wonder Woman and Aquaman has decimated western Europe.[1]

Consisting of a 61 issue run, the series crossed over with Booster Gold, sixteen separate three-issue miniseries, and a number of one-shots beginning in June 2011.[2] DC announced that Flash #12 would be the last in the series; a thirteenth issue had been announced for sale on May 25, 2011, but was withdrawn.[3] 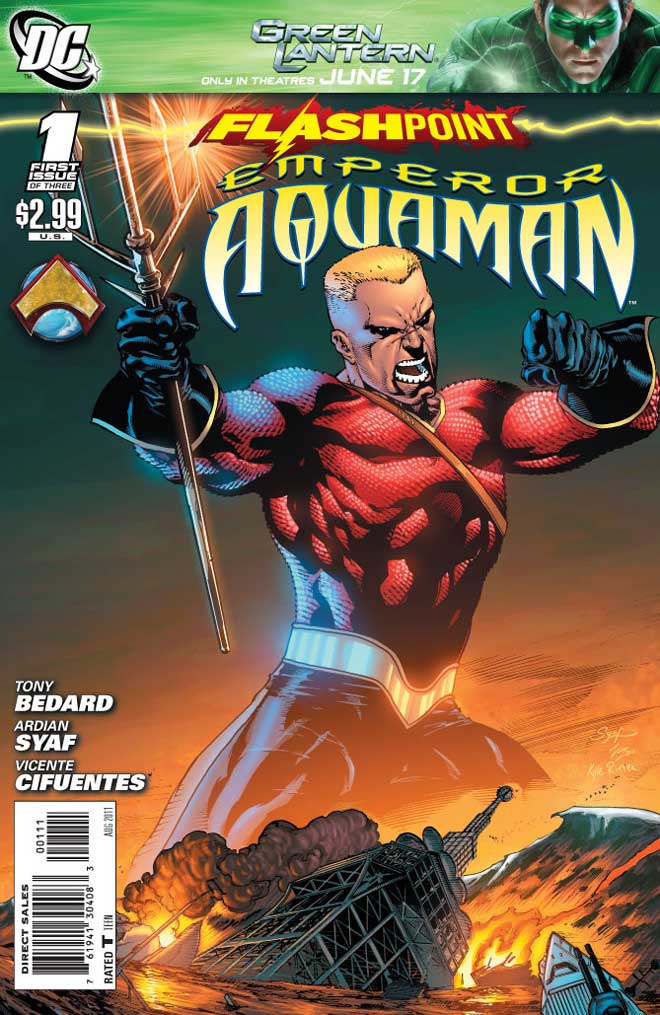 The storyline is loosely adapted in the film Justice League: The Flashpoint Paradox as well as in the third season of The CW network television series The Flash. At the 2017 San Diego Comic-Con, it was announced that Flashpoint will be adapted into a feature film as part of the DC Extended Universe.

Barry Allen wakes up to discover everything and everyone around him has changed. He is not Flash, nor does he have powers. His mother Nora (deceased in his own timeline) is alive; his father, Henry, died of a heart attack three years ago (alive and in prison in his own timeline). Driver hp photosmart c4280 all-in-one. Captain Cold is Central City's greatest hero, the Justice League was never established, and even Superman is seemingly nonexistent.

In Gotham City, Batman throws a criminal off a building. Cyborg and Batman have a conference with a group of superheroes to discuss how Wonder Woman's Amazons have conquered the British Isles, while Aquaman's Atlanteans have sunk the rest of Western Europe, and the battle between the two has caused massive death and destruction. America is similarly endangered. The heroes cannot cooperate to find a solution, and the meeting is ended.

Barry Allen drives to the Batcave, where Batman attacks him. Batman is revealed to be Thomas Wayne—in this timeline his son, Bruce, was killed by the robber instead of his wife and himself. In this timeline, Thomas killed the robber who murdered Bruce, and Martha went insane and became the Joker.[4][5][6]

In the flooded remains of Paris, Deathstroke captains a pirate ship in search of his daughter. Emperor Aquaman appears and stabs Deathstroke in the chest and attacks Deathstroke's crew (Sonar, Icicle, and Clayface). Sonar is able to remove a piece of the trident from Deathstroke's chest and heal him.

At Wayne Manor, Barry tries to explain to Thomas about his secret identity as the Flash and his relationship to Bruce Wayne. Barry's memory begins to spontaneously realign itself to the altered timeline and Barry realizes that the world of Flashpoint is not a parallel dimension, but an alternate reality. Barry's ring ejects Eobard Thawne's Reverse-Flash costume and causes Barry to believe that his enemy is responsible for changing history. Barry decides to recreate the accident that gave him his powers in a bid to undo the damage caused by Thawne, but his initial attempt fails and leaves him badly burned.[7]

In London, Steve Trevor is waiting at a rendezvous for Lois Lane but is attacked by Wonder Woman and the Amazons. Wonder Woman catches him by the neck with her Lasso of Truth and begins interrogating him. He explains that he was hired to extract Lane from New Themyscira because she was sent to gather information on the Amazons for Cyborg. The U.S. president informs Cyborg that Steve Trevor sent a signal to the Resistance but was intercepted because of a traitor among the heroes that Cyborg tried to recruit. Cyborg is relieved of duty as Element Woman sneaks into the headquarters. Meanwhile, in New Themyscira, Lane encounters the Resistance.

A second attempt at recreating Allen's accident restores his powers and health. He concludes that the Reverse-Flash changed history to prevent the formation of the Justice League. He also learns that Kal-El was taken by Project: Superman. Flash, Batman and Cyborg join the cause to stop Wonder Woman and Aquaman. The three find a pale, weakened Superman at the Project and realize that he may well have been in a containment cell since he was a child—possibly never even seeing a human being before. After being rescued, Superman flies off in seeming fright in the midst of a battle with the guards, leaving the three in the sewers to be rescued by Element Woman.[8] Flash's memories continue to change.

The president announces Cyborg's failure to unite the world's superheroes and the U.S. enters into the Atlantean-Amazon war. Flash, Batman, Cyborg, and Element Woman break down the door in need of the Marvel Family's help and Batman asks Billy to use his lightning to prevent Flash's memories from changing even further. The group hears of the failed air assault on England due to the Amazons' Invisible Plane air force. Hal Jordan, who had not become Green Lantern in this timeline, is the first casualty, and a giant Atlantean-generated tidal wave threatens the rest of New Themyscira. Flash tells Batman that if he fails to stop Thawne, the world will destroy itself. Despite reservations, Batman joins Flash as the group heads off to New Themyscira. Enchantress joins them en route. Wonder Woman and Aquaman are fighting one-on-one until Flash and his team arrive.

The Marvel Family transform into Captain Thunder, also transforming Tawky Tawny. Captain Thunder attacks Wonder Woman and appears to be winning until Enchantress reveals herself as the Amazon spy in the Resistance and uses her magic to restore the Marvel Family to their mortal forms. Penthesilea (who was secretly one of the conspirators of the Atlanteans-Amazons war, along with Orm) kills Billy Batson, causing a massive explosion that cripples the opposing forces.

In the wake of the devastation, Thawne appears in front of Flash.[9] The Reverse-Flash reveals that Flash himself created the Flashpoint timeline by traveling back in time to stop him from killing Barry's mother. Barry pulled the entire Speed Force into himself to stop Thawne, transforming the timeline by shattering the history of his allies. Thawne resets Barry's internal vibrations, enabling him to remember this. According to Thawne, these actions transformed him into a living paradox, no longer requiring Barry to exist and allowing him to kill the Flash without erasing his own existence. Thawne continues to taunt Barry with this knowledge until Batman kills him with an Amazonian sword.

As the fight continues, Superman arrives and begins to aid the heroes, first by landing hard enough to crush the Enchantress under his feet. Thomas insists that Barry put history back to normal to undo the millions of deaths. Meanwhile, Cyborg detects seismic activity which he claims could destroy the world. Waves start to approach. Now knowing the point of divergence, the Flash restores the timeline. As he enters the timestream, a dying Thomas thanks him for giving his son a second chance and gives Barry a letter addressed to Bruce. Barry then meets with his mother and bids a tearful farewell to her.

Traveling back in time, Barry merges with his earlier self during the attempt to stop Thawne. While traveling through time, Barry realizes he can see three different timelines — DC (New Earth), Vertigo (Earth-13), and WildStorm (Earth-50). A mysterious hooded figure tells him that the world was split into three to weaken them for an impending threat, and must now be reunited to combat it. The DC, Vertigo, and Wildstorm universes are then merged, but unbeknownst to Barry and the hooded figure (later revealed to be a cursed immortal Pandora), the mentioned threat intervened and removed 10 years of history from DC characters which created instead a brand new DC Universe. Barry then wakes up in a similar manner to the beginning of Flashpoint, also retaining all his memories from the alternate timeline. Believing that everything is over, Barry remembers Thomas' letter and gives it to Bruce, who is still Batman in this timeline. Bruce, deeply touched by his father's sacrifice to ensure his son's life, cries and expresses his gratitude to Barry for informing him of the events that transpired before the timeline was reset.[10]

The series is collected into a number of volumes:

The prelude titles were also collected:

Several allusions to Flashpoint are made in The CW's live-action Arrowverse.